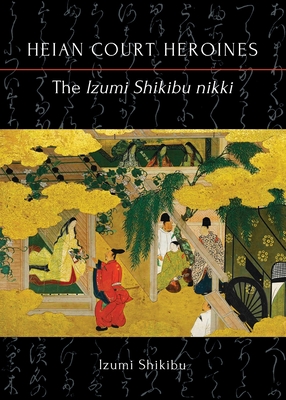 Izumi Shikibu (978- ), author, femme fatale, and prominent member of the Heian court, was first and foremost a poet--the greatest of her time, perhaps the greatest her country has ever known. Incorporated in numerous imperial anthologies, Izumi Shikibu's work has been admired through the ages.

In this richly poetic diary Izumi Shikibu shares with us each and every turn in her tempestuous relationship with Prince Atsumichi, a relationship that began with the casual exchange of poems, deepened in the course of numerous setbacks, and culminated in her joining the prince at the imperial court.

The Izumi Shikibu nikki is not only a literary giant's account of her most intimate thoughts; it is an unforgettable glimpse into an utterly enchanting word--a world 'dowered with a rare and exquisite taste, ' a world filled with color and fragrance, but above all a word in which 'everywhere, everywhere, there is poetry.'