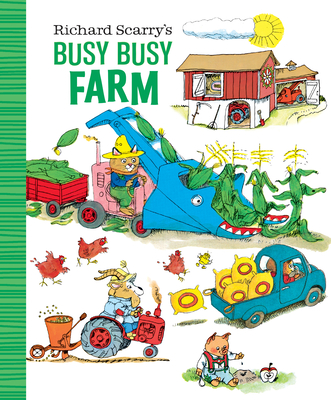 A fun-filled farm-themed board book from Richard Scarry--just in time for his 100th birthday!

Little farmers will love putting on their overalls and heading to work alongside rumbling tractors, giant plows, speedy cornhuskers, and more! Full of colorful vehicles and friendly faces from Cars and Trucks and Things That Go, What Do People Do All Day?, and Busiest People Ever!, farm life has never been so much fun!