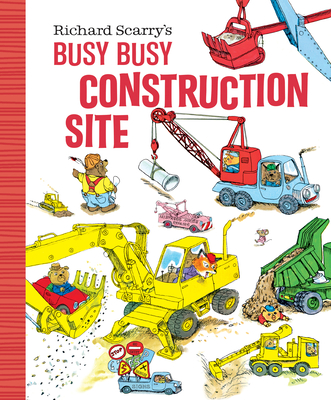 A fun-filled construction site board book from Richard Scarry!

Little builders will love putting on their hard hats and heading to work alongside huge dump trucks, gigantic bulldozers, and powerful ditch-diggers. Full of colorful vehicles and friendly faces from Cars and Trucks and Things That Go and What Do People Do All Day?, construction work has never been so much fun!