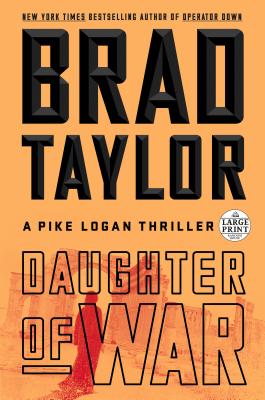 This is book number 13 in the A Pike Logan Thriller series.

Former Special Forces Officer and New York Times bestselling author Brad Taylor delivers a heart-pounding thriller featuring Taskforce operators Pike Logan and Jennifer Cahill as they come face to face with a conspiracy where nothing is as it seems.

Hot on the trail of a North Korean looking to sell sensitive US intelligence to the Syrian regime, Pike Logan and the Taskforce stumble upon something much graver: the sale of a lethal substance called Red Mercury.

Unbeknownst to the Taskforce, the Syrians plan to use the weapon of mass destruction against American and Kurdish forces, and blame the attack on terrorists, causing western nations to reassess their participation in the murky cauldron of the Syrian civil war.

Meanwhile, North Korea has its own devastating agenda: a double-cross that will dwarf the attack in Syria even as it lays the blame on the Syrian government. Leveraging Switzerland's fame for secrecy and its vast network of military bunkers, now repurposed by private investors for the clandestine storage of wealth, North Korea will use Red Mercury to devastate the West's ability to deliver further sanctions against the rogue regime.

As the Taskforce begins to unravel the plot, a young refugee unwittingly holds the key to the conspiracy. Hunted across Europe for reasons she cannot fathom, she is the one person who can stop the attack--if she can live long enough for Pike and Jennifer to find her.