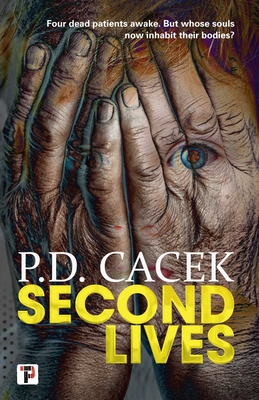 Readers will find this a rewarding exploration of the emotions felt both by those confronting their own deaths and those left behind to mourn. - Publishers Weekly When four patients unexpectedly wake after being declared dead, their families are ecstatic and the word "miracle" begins to be whispered throughout the hospital. But the jubilation is short lived when the patients don't respond to their names and insist they are different people. It is suggested all four are suffering from fugue states until one of the doctors recognizes a name and verifies that he not only knew the girl but was there when she died in 1992. It soon becomes obvious that the bodies of the four patients are now inhabited by the souls of people long dead. FLAME TREE PRESS is the new fiction imprint of Flame Tree Publishing. Launched in 2018 the list brings together brilliant new authors and the more established; the award winners, and exciting, original voices.

P.D. Cacek has published over a hundred short stories and five published novels. A past Guest Lecturer at the Odyssey Writing Camp, Cacek's horror, fantasy and science fiction stories have appeared in numerous magazines and anthologies since going professional in the late 90's. She is also proud of the book she recently co-edited, with Laura J. Hickman, the charity anthology, Now I Lay Me Down to Sleep, with all proceeds going to The Jimmy Fund of the DANA-BARBER Cancer Institute. Cacek holds a Bachelor's Degree in English/Creative Writing Option from the University of California at Long Beach and is a certified Wilderness Survival Instructor. A native Westerner, Cacek divides her time between Arvada, CO - which looks own on the Mile High city - and Phoenixville, PA - only a short walk from the Colonial Theater where the famous Run Screaming From Theatre scene in THE BLOB was filmed. When not writing, she can often been found with THE PATIENT CREATURES, a group of costumed storytellers. AWARDS: Bram Stoker Award for Short Fiction 1996 (Metalica) World Fantasy Award for Short Fiction 1998 (Dust Motes)