I Can't Remember the Title but the Cover is Blue: Sketches From the Other Side of the Bookshop Counter (Paperback) 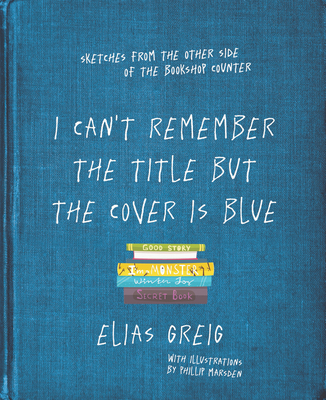 As any retail or service worker will tell you, customers can be irrational, demanding, abusive, and brain-scramblingly, mind-bendingly strange. They can also be kind, thoughtful, funny, and full of pathos. Something about the often-fraught interaction between customer and worker, with the dividing line of the counter between them, loosens inhibitions, and has a kind of hot-house effect on eccentricity. In I Can't Remember the Title But the Cover is Blue, veteran bookseller Elias Greig collects the best, worst, and downright weirdest customer encounters from his years working as a Sydney bookseller. From ill-behaved children to nostalgic seniors and everything in between, this hilarious and unpredictable book is the perfect gift for anyone who's ever been on the wrong side of a counter.

Elias Greig has worked as a shoe salesman, a bookseller, a casual tutor, and sessional lecturer at the University of Sydney. Elias's writing has appeared in Hermes, Contrappasso, the Conversation, and Overland.