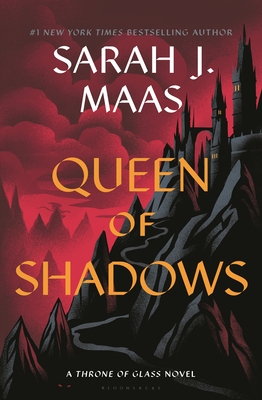 This is book number 4 in the Throne of Glass series.

No masters. No limits. No regrets.

Aelin Galathynius takes her place as queen in the fourth book of the #1 bestselling Throne of Glass series by Sarah J. Maas.

Celaena Sardothien has embraced her identity as Aelin Galathynius, Queen of Terrasen. But before she can reclaim her throne, she must fight.

Everyone Aelin loves has been taken from her. Everything she holds dear is in danger. But she has the heart of a queen-and that heart beats for vengeance.

In this fourth book in the #1 New York Times bestselling Throne of Glass series, no one will escape the queen's wrath.