Between the Devil and the Deep Blue Sea (Paperback) 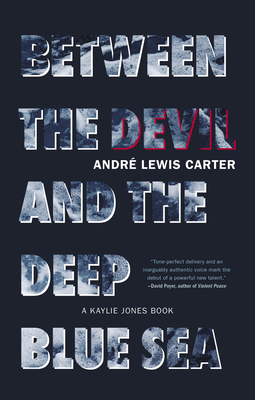 In the early 1970s, C sar Alvarez enlists in the navy to escape a life of crime; while the decision saves him from the streets, it also lands him amid volatile racial tensions at a crucial moment in US history.

"Andr Lewis Carter weaves a riveting tale about a side of the US Navy we seldom see. Tone-perfect delivery and an inarguably authentic voice mark the debut of a powerful new talent."
--David Poyer, author of Violent Peace

The Vietnam War is raging, the US Navy has only recently begun the process of integration, and the country is reeling from racial turmoil and unrest. So why does C sar, a street-tough kid of Afro-Cuban descent, enlist in the navy? He is on the run from a life of crime and from Mr. Mike, a charismatic, sociopathic gangster who was once a mentor but has now turned on him.

Escaping into a navy wrestling with its history of racism and sexism, C sar soon sees the absurdity of certain prejudices that seem as old as the US Armed Forces. When he is deployed aboard the USS Kitty Hawk, racial tensions are high and are moving quickly toward violence. Through it all, C sar's ever-growing sense of honor and self-worth force him to make moral decisions he never knew he was capable of. It's a fortitude he will desperately need.