A Kettle of Vultures: . . . left beak marks on my forehead (Paperback) 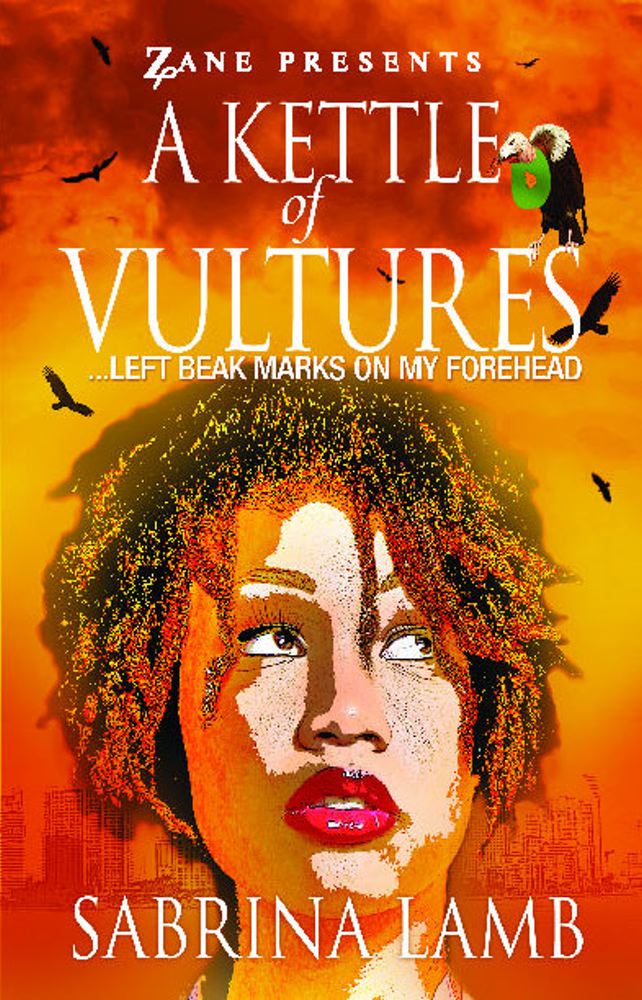 Unbeknownst to Iris Chapman, the Atlanta-based image consultant, a kettle of low-flying vultures convenes overhead as she boards the flight home to Opa Locka on the day of her brother’s controversial wedding. Following their customary bear hugs, Iris’ eccentric family launches into the inquisition, the visual and vocal assessment of Iris’ physical appearance.

Iris is already attacked daily by her own inquisition, questioning her very existence. Self-acceptance is a long journey and it’s unclear whether or not she’ll get there as she attempts to seduce an uninterested man, moves cities, loses clients, and meets a man she’s not sure she can trust. Will Iris survive the onslaught by the vulturous characters in her life? Will her octogenarian grandmother, her superstitious mother who denunciates anything nappy, her hermit-like father, and irritating clients, push Iris over the edge of her own sanity? Will she learn to accept herself?

Sabrina Lamb is a keynote speaker, media personality, and writer. She is the author of Kettle of Vultures and the parenting guide Do I Look Like an ATM? Her writing has also appeared in Essence, Heart and Soul, and Black Elegance. She has co-hosted and been featured in numerous radio and television shows, such as CNN’s Nancy Grace and BET. Read more on her website SabrinaLamb.com and follow her on twitter @SabrinaLamb.