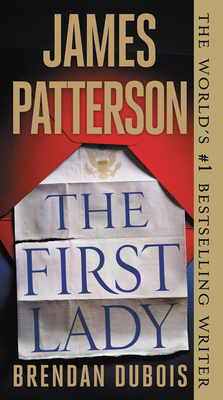 By James Patterson, Brendan DuBois (With)
$9.99

One secret could bring down the government when the President's memorable affair becomes a nightmare he longs to forget in this page-turner from James Patterson that will keep you up reading all night long.
Sally Grissom is a top Secret Service agent in charge of the Presidential Protection team. She knows that something is amiss when she's summoned to a private meeting with the President and his Chief of Staff without any witnesses. But she couldn't have predicted that she'd be forced to take on an investigation surrounding the mysterious disappearance of the First Lady -- with strict orders to keep it a secret.
The First Lady's absence comes in the wake of the scandalous, public revelation of the president's affair, so at first it seems as though she is simply cutting off all contact as she recuperates at a horse farm in Virginia. What begins as an innocent respite quickly turns into a twisted case when the White House receives a ransom note along with the First Lady's finger.

James Patterson is the world's bestselling author and most trusted storyteller. He has created many enduring fictional characters and series, including Alex Cross, the Women's Murder Club, Michael Bennett, Maximum Ride, Middle School, and I Funny. Among his notable literary collaborations are The President Is Missing, with President Bill Clinton, and the Max Einstein series, produced in partnership with the Albert Einstein Estate. Patterson's writing career is characterized by a single mission: to prove that there is no such thing as a person who "doesn't like to read," only people who haven't found the right book. He's given over three million books to schoolkids and the military, donated more than seventy million dollars to support education, and endowed over five thousand college scholarships for teachers. The National Book Foundation recently presented Patterson with the Literarian Award for Outstanding Service to the American Literary Community, and he is also the recipient of an Edgar Award and six Emmy Awards. He lives in Florida with his family.