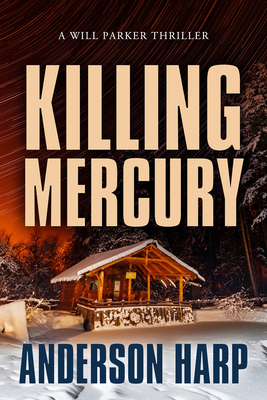 This is book number 5 in the Will Parker Thriller series.

Decorated Marine lieutenant colonel and small-town Georgia D.A. Will Parker has nothing to do with the outgoing U.S. President or his administration, including the secret service. And that's the way he wants to keep it. But Will's about to get in deep, whether he likes it or not.

With two terms behind him, President Prisock Jordan is leaving the White House. And his daughter, Elizabeth, a student at Harvard, couldn't be happier. She's even planned a ski trip in hopes of ditching her secret-service detail, which calls her by a code name: Mercury. But a terrorist has different ideas. Injured in the president's last drone strike on the outskirts of a Yemen city, Hamza Bin Laden is on Mercury's trail--with the help of social media and a Russian hacker.

When a Marine major and confidante of Elizabeth's learns that Hamza may be in the U.S., he fears for her life. With Elizabeth suddenly incommunicado, he requisitions an F-16 and flies to Georgia to beg for help--discreet help--from a reluctant Will Parker. But with a shocking turn of events, the threat level quickly skyrockets, forcing Will to deal with a secret service who won't listen to him. For only Will has the clues to Mercury's true location. And when a terrorist cell murders a group of college students in a remote cabin, it's up to Will and one bright and brave survivor to make their way across treacherous, foreign terrain to get to Mercury--before Hamza does . . .

"Tense and authentic--reading this book is like living a real life mission."
--Lee Child

"I seldom come across a thriller as authentic and well?written as Retribution. Andy Harp brings his considerable military expertise to a global plot that's exciting, timely, and believable . . . to say that I'm impressed is an understatement."
--David Morrell, New York Times bestselling author of The Protector