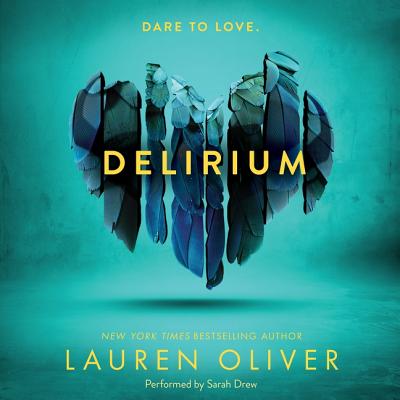 Lauren Oliver's powerful New York Times bestselling novel Delirium--the first in a dystopian trilogy--presents a world as terrifying as George Orwell's 1984 and a romance as true as Romeo & Juliet.

In an alternate United States, love has been declared a dangerous disease, and the government forces everyone who reaches eighteen to have a procedure called the Cure. Living with her aunt, uncle, and cousins in Portland, Maine, Lena Haloway is very much looking forward to being cured and living a safe, predictable life. She watched love destroy her mother and isn't about to make the same mistakes.

Delirium received starred reviews from Kirkus and School Library Journal, and was named a Best Book of the Year by USA Today, Kirkus, Amazon.com, YALSA, and the Chicago Public Library and was selected as one of NPR's Top 100 Best Ever Teen Novels.