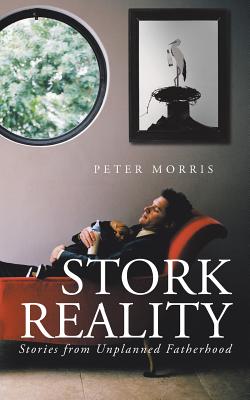 Peter Morris wanted a lot of things in his life, but a child was never one of them. Then one night after too many martinis, he accidentally created one. Nine months later, the world was turned upside down when his son was born and this new father realized he had no idea what he was doing.

In his collection of humorous anecdotes, Morris recounts what happens when people who once shunned children ignore their instincts and give birth to one. From drinking too many martinis on the night of conception to dealing with the anxiety of waiting for an unplanned child to the cutthroat world of preschool enrollment, Morris shares a father's perspective into the funny, sometimes painful, and often hilarious moments during his journey through the overwhelming world of birth and child rearing. While offering his take on breast-feeding support groups and the battles of sleep deprivation, Morris encourages other new fathers to find the humor in every aspect of parenting.

shares one man's roller-coaster journey as he unwittingly transforms from a happy-go-lucky bachelor to a proud dad who happily flies through fatherhood by the seat of his pants.