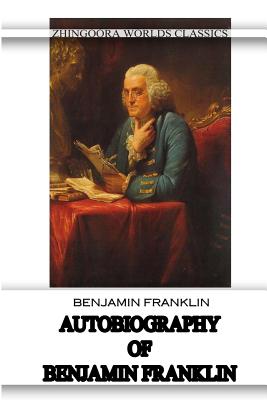 BENJAMIN FRANKLIN was born in Milk Street, Boston, on January 6, 1706. His father, Josiah Franklin, was a tallow chandler who married twice, and of his seventeen children Benjamin was the youngest son. His schooling ended at ten, and at twelve he was bound apprentice to his brother James, a printer, who published the "New England Courant." To this journal he became a contributor, and later was for a time its nominal editor. But the brothers quarreled, and Benjamin ran away, going first to New York, and thence to Philadelphia, where he arrived in October, 1723. He soon obtained work as a printer, but after a few months he was induced by Governor Keith to go to London, where, finding Keith's promises empty, he again worked as a compositor till he was brought back to Philadelphia by a merchant named Denman, who gave him a position in his business. On Denman's death he returned to his former trade, and shortly set up a printing house of his own from which he published "The Pennsylvania Gazette," to which he contributed many essays, and which he made a medium for agitating a variety of local reforms. In 1732 he began to issue his famous "Poor Richard's Almanac" for the enrichment of which he borrowed or composed those pithy utterances of worldly wisdom which are the basis of a large part of his popular reputation. In 1758, the year in which he ceases writing for the Almanac, he printed in it "Father Abraham's Sermon," now regarded as the most famous piece of literature produced in Colonial America.