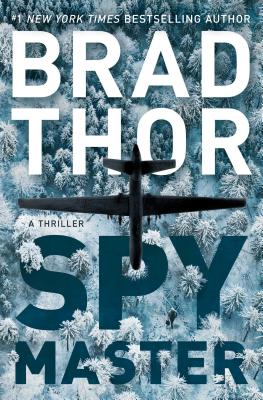 This is book number 17 in the The Scot Harvath Series series.

Across Europe, a secret organization has begun attacking diplomats. Back in the United States, a foreign ally demands the identity of a highly placed covert asset. In the balance hang the ingredients for all-out war.

With his mentor out of the game, counterterrorism operative Scot Harvath must take on the role he has spent his career avoiding. But, as with everything else he does, he intends to rewrite the rules—all of them.

In Spymaster, Scot Harvath is more cunning, more dangerous, and deadlier than ever before.

If you have never read a Brad Thor novel, this is the place to start!

Brad Thor is the #1 New York Times bestselling author of twenty thrillers, including Near Dark, Backlash (one of Suspense Magazine’s Best Books of the Year), Spymaster (“One of the all-time best thriller novels”—The Washington Times), The Last Patriot (nominated Best Thriller of the Year by the International Thriller Writers Association), Blowback (one of the “Top 100 Killer Thrillers of All Time” —NPR), and The Lions of Lucerne. Visit his website at BradThor.com and follow him on Facebook at Facebook.com/BradThorOfficial and on Twitter @BradThor.

"Timely, raw, and filled with enough action for two books, SPYMASTER is this summer's must-read thriller and the most gripping novel of Brad Thor's iconic career."
— The Real Book Spy

"A master of action and pacing, Thor continues channeling the likes of John le Carré in crafting a thinking-man's thriller packed with as much brains as brawn, making SPYMASTER a must-read for summer."
— Providence Journal