The Target (Will Robie Series #3) (Hardcover) 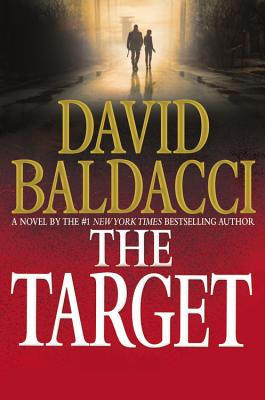 This is book number 3 in the Will Robie Series series.

The world's greatest assassins are on a high-risk mission for the President--but a powerful mastermind wants them dead in this #1 New York Times bestselling thriller.

The President knows it's a perilous, high-risk assignment. If he gives the order, he has the opportunity to take down a global menace, once and for all. If the mission fails, he would face certain impeachment, and the threats against the nation would multiply. So the president turns to the one team that can pull off the impossible: Will Robie and his partner, Jessica Reel.

Together, Robie and Reel's talents as assassins are unmatched. But there are some in power who don't trust the pair. They doubt their willingness to follow orders. And they will do anything to see that the two assassins succeed, but that they do not survive.

As they prepare for their mission, Reel faces a personal crisis that could well lead old enemies right to her doorstep, resurrecting the ghosts of her earlier life and bringing stark danger to all those close to her. And all the while, Robie and Reel are stalked by a new adversary: an unknown and unlikely assassin, a woman who has trained her entire life to kill, and who has her own list of targets--a list that includes Will Robie and Jessica Reel.

"Baldacci has been on a hot streak for the past few years, and The Target continues the trend. This isn't a garden-variety thriller or even a garden-variety Baldacci. It's among his most exhilarating books yet."—Richmond Times-Dispatch

"Brilliant use of language...vivid supporting characters and numerous sudden and unexpected plot twists...[Baldacci] doesn't let the action sag at any point...In [Chung-Cha], Mr. Baldacci has created one of his most memorable characters."—Pittsburgh Post-Gazette

"Robie and Reel are complex characters, and anything they do is a pleasure to follow...Baldacci knows how to get readers to turn the pages, and he's in top form here."—Associated Press

"[A] no-holds-barred tale of perfidy and murder at the highest level...Baldacci's prose crackles with urgency...Robie and Reel fans will thrill to see their favorite spies back in action."
—Kirkus Reviews


"Baldacci deftly plots The Target so that readers can never get a firm grasp on what is going to happen next."
—BookReporter.com