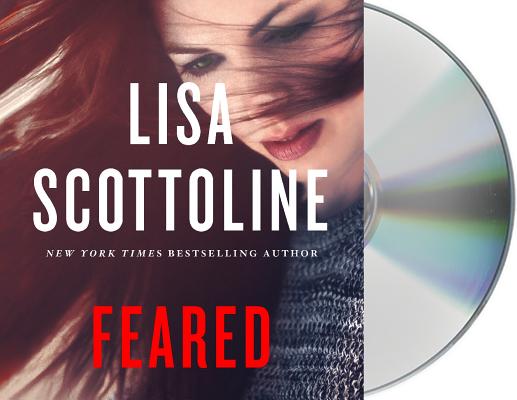 This is book number 6 in the A Rosato & DiNunzio Novel series.

When three men announce that they are suing the Rosato & DiNunzio law firm for reverse sex discrimination—claiming that they were not hired because they were men—Mary DiNunzio and Bennie Rosato are outraged. To make matters worse, their one male employee, John Foxman, intends to resign, claiming that there is some truth to this case.

The plaintiffs’ lawyer is Nick Machiavelli, who has already lost to Mary once and is now back with a vengeance —determined not to not only win, but destroy the firm. It soon becomes clear that Machiavelli will do anything in his power to achieve his end…even after the case turns deadly. The stakes have never been higher for Mary and her associates as they try to keep Machiavelli at bay, solve a murder, and save the law firm they love…or they could lose everything they’ve worked for. Told with Scottoline's trademark gift for twists, turns, heart, and humanity, this latest thriller asks the question: Is it better to be loved, or feared...

Feared, the sixth entry in the acclaimed Rosato & DiNunzio series, expertly explores what happens when we are tempted to give in to our own inner darkness.

Praise for the Rosato & DiNunzio series:

"Fast paced, heart-tugging...readers will enjoy seeing how it all plays out." —Publishers Weekly on Exposed

Lisa Scottoline is the New York Times bestselling author of over thirty novels including Look Again, Lady Killer, Think Twice, Save Me and Everywhere That Mary Went. She also writes a weekly column, “Chick Wit,” with her daughter Francesca Serritella, for The Philadelphia Inquirer. The columns have been collected in seven volumes, including Why My Third Husband Will Be a Dog and My Nest Isn’t Empty, It Just Has More Closet Space. Scottoline has won an Edgar® Award and Cosmopolitan magazine’s “Fun Fearless Fiction” Award, and she served as the president of Mystery Writers of America. She teaches a course on justice and fiction at the University of Pennsylvania Law School, her alma mater. She lives in the Philadelphia area.

Tony-award nominee  Kate Burton has appeared on Broadway in The Constant Wife, The Cherry Orchard, Spring Awakening, Hedda Gabler, and The Grand Manner.  She played the title role in Alice in Wonderland with her father, Richard Burton, on PBS. She was featured on Grey’s Anatomy as the title character’s mother, Ellis Grey and has also appeared in Law & Order, The Practice, The West Wing, and Judging Amy.  Kate earned a bachelor's degree in Russian studies and European history from Brown University in 1979 and was awarded an honorary doctorate from Brown University in 2007.  She has narrated numerous audiobooks, including works by Patricia Cornwell, Lisa Scottoline, Iris Johansen, and Barbara Taylor Bradford.