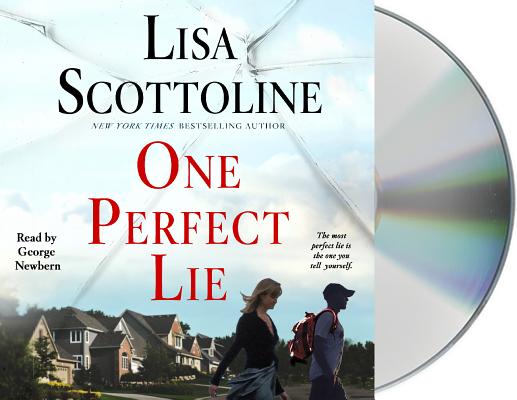 On paper, Chris Brennan looks perfect. He's applying for a job as a high school government teacher, he's ready to step in as an assistant baseball coach, and his references are impeccable.

But everything about Chris Brennan is a lie.

Susan Sematov is proud of her son Raz, a high school pitcher so athletically talented that he's being recruited for a full-ride scholarship to a Division I college, with a future in major-league baseball. But Raz’s father died only a few months ago, leaving her son in a vulnerable place where any new father figure might influence him for good, or evil.

Heather Larkin is a struggling single mother who lives for her son Justin's baseball games. But Justin is shy, and Heather fears he is being lured down a dark path by one of his teammates, a young man from an affluent family whose fun-loving manner might possibly conceal his violent plans.

Mindy Kostis succumbs to the pressure of being a surgeon's wife by filling her days with social events and too many gin and tonics. But she doesn’t know that her husband and her son, Evan, are keeping secrets from her – secrets that might destroy all of them.

At the center of all of them is Chris Brennan. Why is he there? What does he want? And what is he willing to do to get it?

Enthralling and suspenseful, Lisa Scottoline's One Perfect Lie is an emotional thriller and a suburban crime story that will have listeners riveted up to the shocking end, with killer twists and characters you won’t soon forget.

"Scottoline keeps the pace relentless as she drops a looming threat into the heart of an idyllic suburban community, causing readers to hold their breath in anticipation." –Booklist

"Readers can be assured that the author nails the high school milieu, from athletic rivalries to sexting...they're in for one thrilling ride." –Kirkus Reviews

"Entertaining...This fast-paced read culminates in a daring chase that would play well on the big screen." –Publishers Weekly

"Scottoline is at her best with this thriller about ATF agent Curt Abbott, and George Newbern is the guy to convince listeners of one thing when quite another is actually going on...Newbern sets the scene so deftly that when the truth is revealed, listeners will discover they were completely taken in...Newbern makes this thrill-a-minute ride worth taking." -AudioFile Magazine

"Newbern nails the universal world-weariness of an undercover cop and the feelings of others in this emotional drama...A surefire winner." - Booklist