The Breakdown: A Novel (Paperback) 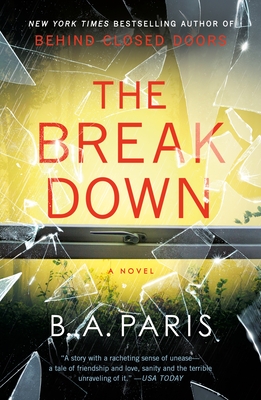 Finalist for the 2018 International Thriller Writers Best Hardcover Thriller Award!
Named One of the Most Anticipated Thriller Novels Of 2017 by Bustle!

“B.A. Paris has done it again! The Breakdown is a page-turning thriller that will leave you questioning the family you love, the friends you trust, and even your own mind.” —Wendy Walker, author of the USA Today bestselling novel All Is Not Forgotten