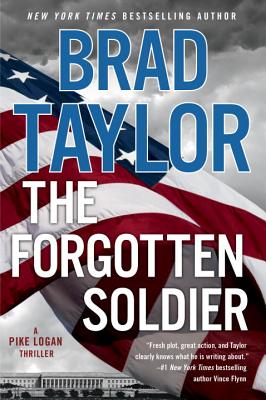 This is book number 9 in the A Pike Logan Thriller series.

In this heart-stopping thriller from New York Times bestselling author Brad Taylor, Pike Logan returns with his most dangerous and personal threat yet: a Taskforce Operator gone rogue.

For years, the extralegal counterterrorist unit known as the Taskforce has worked in the shadows, anticipating and preventing attacks around the globe. Created to deal with a terrorist threat that shuns the civilized rule of law, it abandoned the same, operating outside of the US Constitution. Though wildly successful, it was rooted in a fear that the cure could be worse than the disease.

And now that fear has come home.

A Special Forces soldier is killed on an operation in Afghanistan, and complicit in the attack is a government official of an allied nation. While the US administration wants to forget the casualty, one Taskforce member will not. When he sets out to avenge his brother's death, his actions threaten to not only expose the Taskforce's activities, but also destroy a web of alliances against a greater evil. Pike Logan understands the desire, but also the danger. Brought in to eliminate the risk, he's now forced to choose between his friend and the administration he's sworn to protect, while unbeknownst to either of them, the soldier's death is only the beginning...

Praise for The Forgotten Soldier

“Taylor has become one of the very best writers of thrillers with a military and special-ops background. His consistency and his ability to mirror headline news with relevant, engrossing narratives are uncanny, and this exploration of the human side of war should quickly be recognized as one of Taylor’s best efforts. Comparisons to Vince Flynn and Brad Thor are expected and not inaccurate, but Taylor is now in a class by himself.”—Booklist (starred review)

“Slick, exciting action and credible complexity are the hallmarks of Taylor’s high-caliber thrillers, and this latest installment does not disappoint.”—Library Journal

“Brad Taylor...takes his considerable talents to a new level with The Forgotten Soldier....It’s one thing to write great action scenes, quite another to bring us into the actual mindset of the special ops world he knows so well.”—Providence Journal

“Taylor delivers the latest addition to his growing body of convincing plots...he spins a tale that could easily have been lifted from our current sociopolitical reality....A realistic page-turner that fills a need for thrills while questioning the complicated process of statecraft.”—Kirkus Reviews