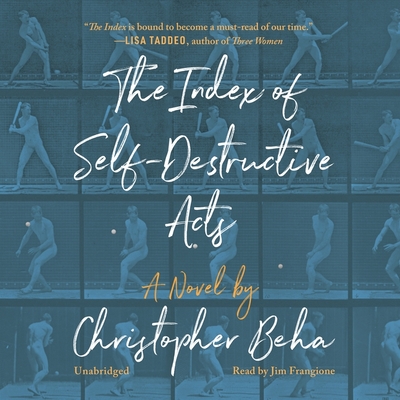 By Christopher Beha, Jim Frangione (Read by)
Email or call for price.
Special Order - Not Available for Web Order

A novel about belief--in a game, a job, a way of life, a family--and the unexpected ways we rely on each other when our most important realities crumble

The day Sam Waxworth arrives in New York to write for The Interviewer, a street-corner preacher declares that the world is coming to an end. A sports statistician, data journalist, and newly minted media celebrity who correctly forecasted every outcome of the 2008 election, Sam's familiar with predicting the future. But when projection meets reality, things turn complicated.

Sam's editor sends him to profile disgraced political columnist Frank Doyle. To most readers, Doyle is a liberal lion turned neocon Iraq war apologist, but to Sam he is above all the author of the great works of baseball lore that sparked Sam's childhood love of the game--books he now views as childish myth-making to be crushed with his empirical hammer. But Doyle proves something else in person: charming, intelligent, and more convincing than Sam could have expected. Then there is his daughter, Margo, to whom Sam becomes desperately attracted--just as his wife, Lucy, arrives from Wisconsin.

The lives of these characters are entwined with those of the rest of the Doyle family--Frank's wife, Kit, whose investment bank collapsed during the financial crisis; his son, Eddie, an Army veteran just returned from his second combat tour; and Eddie's best childhood friend, hedge funder Justin Price. While the end of the world might not be arriving, Beha's characters are each headed for apocalypses of their own making.