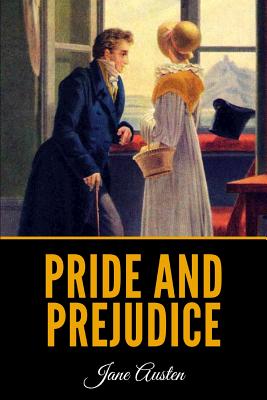 Not all that Mrs. Bennet, however, with the assistance of her five daughters, could ask on the subject, was sufficient to draw from her husband any satisfactory description of Mr. Bingley. They attacked him in various ways-with barefaced questions, ingenious suppositions, and distant surmises; but he eluded the skill of them all, and they were at last obliged to accept the second-hand intelligence of their neighbour, Lady Lucas. Her report was highly favourable. Sir William had been delighted with him. He was quite young, wonderfully handsome, extremely agreeable, and, to crown the whole, he meant to be at the next assembly with a large party. Nothing could be more delightful To be fond of dancing was a certain step towards falling in love; and very lively hopes of Mr. Bingley's heart were entertained. "If I can but see one of my daughters happily settled at Netherfield," said Mrs. Bennet to her husband, "and all the others equally well married, I shall have nothing to wish for." In a few days Mr. Bingley returned Mr. Bennet's visit, and sat about ten minutes with him in his library. He had entertained hopes of being admitted to a sight of the young ladies, of whose beauty he had heard much; but he saw only the father. The ladies were somewhat more fortunate, for they had the advantage of ascertaining from an upper window that he wore a blue coat, and rode a black horse. An invitation to dinner was soon afterwards dispatched; and already had Mrs. Bennet planned the courses that were to do credit to her housekeeping, when an answer arrived which deferred it all. Mr. Bingley was obliged to be in town the following day, and, consequently, unable to accept the honour of their invitation, etc. Mrs. Bennet was quite disconcerted. She could not imagine what business he could have in town so soon after his arrival in Hertfordshire; and she began to fear that he might be always flying about from one place to another, and never settled at Netherfield as he ought to be. Lady Lucas quieted her fears a little by starting the idea of his being gone to London only to get a large party for the ball; and a report soon followed that Mr. Bingley was to bring twelve ladies and seven gentlemen with him to the assembly. The girls grieved over such a number of ladies, but were comforted the day before the ball by hearing, that instead of twelve he brought only six with him from London-his five sisters and a cousin. And when the party entered the assembly room it consisted of only five altogether-Mr. Bingley, his two sisters, the husband of the eldest, and another young man. Mr. Bingley was good-looking and gentlemanlike; he had a pleasant countenance, and easy, unaffected manners. His sisters were fine women, with an air of decided fashion. His brother-in-law, Mr. Hurst, merely looked the gentleman; but his friend Mr. Darcy soon drew the attention of the room by his fine, tall person, handsome features, noble mien, and the report which was in general circulation within five minutes after his entrance, of his having ten thousand a year. The gentlemen pronounced him to be a fine figure of a man, the ladies declared he was much handsomer than Mr. Bingley, and he was looked at with great admiration for about half the evening, till his manners gave a disgust which turned the tide of his popularity; for he was discovered to be proud; to be above his company, and above being pleased; and not all his large estate in Derbyshire could then save him from having a most forbidding, disagreeable countenance, and being unworthy to be compared with his friend. - Taken from "Pride And Prejudice" written by Jane Austen.