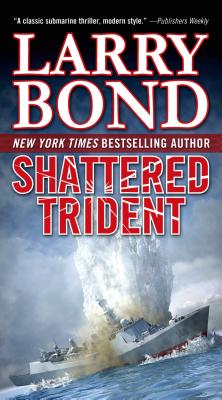 By Larry Bond
Email or call for price.
Out of Print - Please Call for Used Copy Availability

This is book number 4 in the A Jerry Mitchell Novel series.

While trailing a Chinese nuclear attack sub, Jerry Mitchell, the captain of USS North Dakota, is shocked to see the Chinese boat torpedo a Vietnamese merchant ship.
This blatant act of aggression is the opening gambit in a war that has blindsided the U.S. and quickly embroiled all nations in the western Pacific. These nations, bound together in the newly formed Littoral Alliance, have begun a covert submarine campaign aimed at crippling China's economy before China can set in motion its own plot to dominate the region.

In a desperate attempt to buy the president enough time to resolve the crisis diplomatically, Mitchell's submarine squadron is ordered to interfere with attacks by both sides. China and the Littoral Alliance are both determined to win, no matter the cost, and as each side increases the level of violence, they approach a dangerous tipping point. Larry Bond's Shattered Trident is a race against time, as the submarines of Mitchell's squadron must execute their mission before the world witnesses an economic catastrophe—or worse, a nuclear exchange.

This edition of the book is the deluxe, tall rack mass market paperback.

“This ripped-from-the-headlines tale…shows once again his absolute mastery of the military action novel.” —Publishers Weekly, starred review on Exit Plan

“Fans of military thrillers, especially those by Clancy and his ilk, should devour this one.” —Booklist on Cold Choices

“Calling to mind such undersea techno-thrillers as Clancy's The Hunt for Red October...this latest offering by Bond...is an edge-of-the-seat yarn.” —The New York Times Book Review on Dangerous Ground