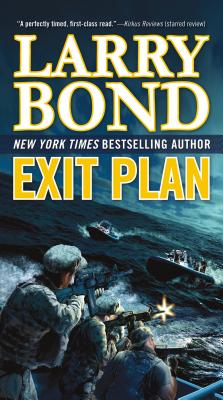 This is book number 3 in the A Jerry Mitchell Novel series.

Jerry Mitchell is on exercises off the coast of Pakistan when his submarine is ordered to a rendezvous off the Iranian coast. Once there, disembarked SEALs, experts in seaborne commando operations, are to extract two Iranian nationals who have sensitive information on Iran's nuclear weapons program.

But while en route, the ASDS minisub suffers a battery fire, killing one crew member and forcing the rest of the occupants, four SEALs and LCDR Mitchell, to scuttle their disabled craft and swim for shore. There they find the two Iranians waiting for them, but their attempts at returning to Michigan are thwarted by heavy Iranian patrol boat activity. When agents of Iran's secret police, VEVAK, appear, escape seems all but impossible.

As each attempt falls apart, time and options are quickly running out...

And when they find themselves surrounded by Iranian Revolutionary Guards Corp troops, they create on a bold plan to escape by sea. It's a desperate gamble, but it's the only way to get the proof of the Iranian plot to the US... and prevent a devastating new war ... in Larry Bond's Exit Plan.

This edition of the book is the deluxe, tall rack mass market paperback.

“Guaranteed to scare the hell out of you . . . you won’t be able to put Fatal Thunder down 'til the last page!”
---W. E. B. Griffin, New York Times bestselling author of Top Secret

“No one is better than Larry Bond at writing the geopolitical military thriller. . . . [He] is a master story teller. The best, bar none!”
---David Hagberg, New York Times bestselling author of Tower Down

“A superb storyteller . . . Bond, a former naval officer, seems to know everything about warfare, from the grunt in a foxhole to the fighter pilots far above the Earth.”
---The New York Times on Red Phoenix