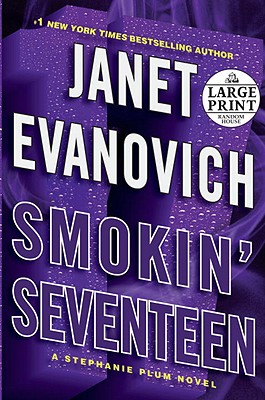 By Janet Evanovich
Email or call for price.
Hard to Find - Not Available for Web Order

Where there's smoke there's fire, and no one knows this better than New Jersey bounty hunter Stephanie Plum.
Dead bodies are showing up in shallow graves on the empty construction lot of Vincent Plum Bail Bonds. No one is sure who the killer is, or why the victims have been offed, but what is clear is that Stephanie's name is on the killer's list.
Short on time to find evidence proving the killer's identity, Stephanie faces further complications when her family and friends decide that it's time for her to choose between her longtime off-again-on-again boyfriend, Trenton cop Joe Morelli, and the bad boy in her life, security expert Ranger. Stephanie's mom is encouraging Stephanie to dump them both and choose a former high school football star who's just returned to town. Stephanie's sidekick, Lula, is encouraging Stephanie to have a red-hot boudoir "bake-off." And Grandma Bella, Morelli's old-world grandmother, is encouraging Stephanie to move to a new state when she puts "the eye" on Stephanie.
With a cold-blooded killer after her, a handful of hot men, and a capture list that includes a dancing bear and a senior citizen vampire, Stephanie's life looks like it's about to go up in smoke.
The hardcover edition of Smokin' Seventeen contains two smokin' hot stickers inside

From the Hardcover edition.

Janet Evanovich is the #1 New York Times bestselling author of the Stephanie Plum series, the Lizzy and Diesel series, twelve romance novels, the Alexandra Barnaby novels and Trouble Maker graphic novel, and How I Write: Secrets of a Bestselling Author, as well as the Fox and O'Hare series with co-author Lee Goldberg. From the Hardcover edition.