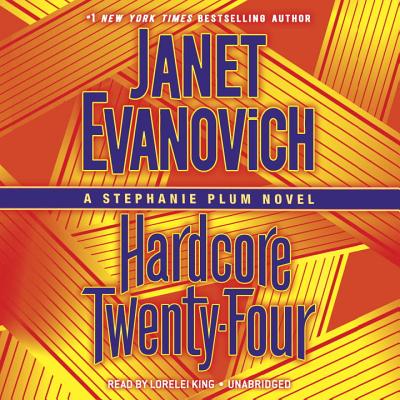 By Janet Evanovich, Lorelei King (Read by)
Email or call for price.
Hard to Find - Not Available for Web Order

Trouble comes in bunches for Stephanie Plum. First, professional grave robber and semi-professional loon, Simon Diggery, won’t let her take him in until she agrees to care for his boa constrictor, Ethel. Stephanie’s main qualification for babysitting an extremely large snake is that she owns a stun gun—whether that’s for use on the wandering serpent or the petrified neighbors remains to be seen.

Events take a dark turn when headless bodies start appearing across town. At first, it’s just corpses from a funeral home and the morgue that have had the heads removed. But when a homeless man is murdered and dumped behind a church Stephanie knows that she’s the only one with a prayer of catching this killer.

If all that’s not enough, Diesel’s back in town. The 6-foot-tall, blonde-haired hunk is a man who accepts no limits—that includes locked doors, closed windows and underwear. Trenton’s hottest cop, Joe Morelli isn’t pleased at this unexpected arrival nor is Ranger, the high-powered security consultant who has his own plans for Stephanie.

As usual Jersey’s favorite bounty hunter is stuck in the middle with more questions than answers. What’s the deal with Grandma Mazur’s latest online paramour? Who is behind the startling epidemic of mutilated corpses? And is the enigmatic Diesel’s sudden appearance a coincidence or the cause of recent deadly events?

Janet Evanovich is the #1 New York Times bestselling author of the Stephanie Plum series, the Fox and O’Hare series, the Lizzy and Diesel series, the Knight and Moon series, the Alexandra Barnaby novels and Troublemaker graphic novel, and How I Write: Secrets of a Bestselling Author.

Lorelei King is an actress and a multi-award-winning narrator who has recorded more than 200 audiobooks. Her film credits include Notting Hill, The Saint, and House of Mirth. She has played regular and recurring characters in such British television shows as Chef, Cold Feet, and Emmerdale.