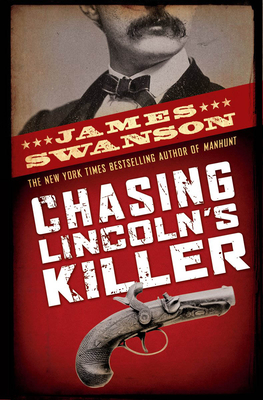 NEW YORK TIMES bestselling author James Swanson delivers a riveting account of the chase for Abraham Lincoln's assassin.
Based on rare archival material, obscure trial manuscripts, and interviews with relatives of the conspirators and the manhunters, CHASING LINCOLN'S KILLER is a fast-paced thriller about the pursuit and capture of John Wilkes Booth: a wild twelve-day chase through the streets of Washington, D.C., across the swamps of Maryland, and into the forests of Virginia.

James L. Swanson is the award-winning author of the bestseller iManhunt: The 12-Day Chase for Lincoln's Killer/i. His other books include iChasing Lincoln's Killer/i, an adaptation of iManhunt/i for young adults, and his follow-up, i"The President Has Been Shot!: The Assassination of John F. Kennedy"/i, which was a finalist for the YALSA-ALA Excellence in Young Adult Nonfiction award. He has held a number of government and think-tank posts in Washington, D.C.