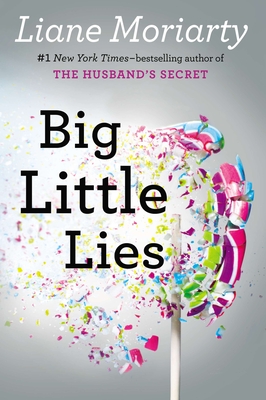 Liane Moriarty is the #1 New York Times bestselling author of Truly Madly Guilty, Big Little Lies, The Husband’s Secret, The Hypnotist’s Love Story, and What Alice Forgot. She lives in Sydney, Australia, with her husband and two children.

“Ms. Moriarty’s long-parched fans have something new to dig into…Big Little Lies [may have] even more staying power than The Husband’s Secret.”—The New York Times

“Irresistible…Exposing the fault lines in what looks like perfection is a specialty of Liane Moriarty… Moriarty’s sly humor and razor-sharp insights will keep you turning the pages to find out.”—People Magazine

"Reading one [of Liane Moriarty's novels] is a bit like drinking a pink cosmo laced with arsenic...a fun, engaging and sometimes disturbing read…Moriarty is back in fine form."—USA Today

“Suburbia is about to get a lot more scandalous.”—Closer Weekly

"The Aussie author of last year’s runaway hit The Husband’s Secret comes back with another winning and wise novel that intertwines the lives of three women."—EW.com

"It’s no mystery why Liane Moriarty is a summer staple: with wit and compassion...[she] keeps it real."—Family Circle

“Riveting and insightful…Moriarty has crafted a great summer read full of perceptive glimpses into the many guises of human relationships: mother-child, husband-wife (and ex-wife) and above all, the strong bond of female friendships.”—Bookpage