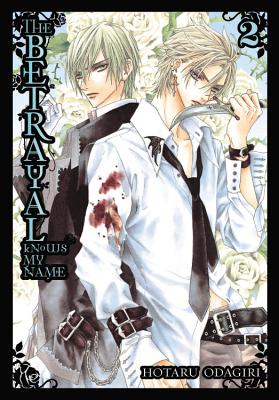 By Hotaru Odagiri (Created by)
Email or call for price.
Special Order - Not Available for Web Order

This is book number 2 in the The Betrayal Knows My Name series.

Welcomed into the arms of the Giou clan and the Zweilt, Yuki reaches out to his comrades even as he is drawn into their war with the darkness. But the demonic Duras continue to spread their malevolence around Yuki, and the members of his new family are not impervious either, as one of their own vanishes without a trace and yet another is cornered by a sudden ambush. In the Zweilt, Yuki may well have found the long-sought-after place he belongs, but the enemy seems intent on stealing it out of his grasp forever.
And when the shadowy figure of "Reiga," the nemesis of the Giou, finally steps into the light, will Yuki find himself utterly alone, crushed by the weight of the truth?