One for the Money (Movie Tie-in Edition) (Mass Market Paperback) 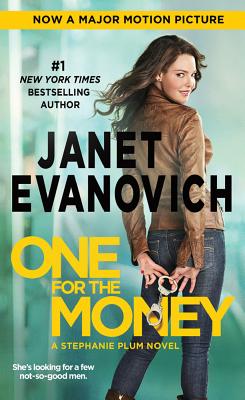 By Janet Evanovich
$8.99
Email or call for price.

ONE FINE MESS
Welcome to Trenton, New Jersey, home to wiseguys, average Joes, and Stephanie Plum, who sports a big attitude and even bigger money problems (since losing her job as a lingerie buyer for a department store). Stephanie needs cash fast but times are tough, and soon she's forced to turn to the last resort of the truly desperate: family...

ONE FALSE MOVE
Stephanie lands a gig at her sleazy cousin Vinnie's bail bonding company. She's got no experience. But that doesn't matter. Neither does the fact that the bail jumper in question is local vice cop Joe Morelli. From the time he first looked up her dress to the time he first got into her pants, to the time Steph hit him with her father's Buick, M-o-r-e-l-l-i has spelled t-r-o-u-b-l-e. And now the hot guy is in hot water wanted for murder...

"ONE FOR THE MONEY"
Abject poverty is a great motivator for learning new skills, but being trained in the school of hard knocks by people like psycho prizefighter Benito Ramirez isn't. Still, if Stephanie can nab Morelli in a week, she'll make a cool ten grand. All she has to do is become an expert bounty hunter overnight and keep herself from getting killed before she gets her man...

Janet Evanovich is the author of the Stephanie Plum books, including "Two for the Do"ugh and "Sizzling Sixteen," and the Diesel & Tucker series, including "Wicked Appetite." Janet studied painting at Douglass College, but that art form never quite fit, and she soon moved on to writing stories. She didn't have instant success: she collected a big box of rejection letters. As she puts it, "When the box was full I burned the whole damn thing, crammed myself into pantyhose and went to work for a temp agency." But after a few months of secretarial work, she managed to sell her first novel for $2,000. She immediately quit her job and started working full-time as a writer. After 12 romance novels, she switched to mystery, and created Stephanie Plum. The rest is history. Janet's favorite exercise is shopping, and her drug of choice is Cheeze Doodles. She and her husband live in New Hampshire, in house with a view of the Connecticut River Valley.

“HOT AND SASSY.”
—The Boston Herald

“AS ENTERTAINING AS EVER.”