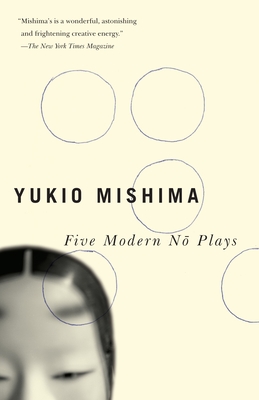 Japanese No drama is one of the great art forms that has fascinated people throughout the world. The late Yukio Mishima, one of Japan's outstanding post-war writers, infused new life into the form by using it for plays that preserve the style and inner spirit of No and are at the same time so modern, so direct, and intelligible that they could, as he suggested, be played on a bench in Central Park. Here are five of his No plays, stunning in their contemporary nature and relevance—and finally made available again for readers to enjoy.

Yukio Mishima was born in Tokyo in 1925. He graduated from Tokyo Imperial University’s School of Jurisprudence in 1947. His first published book, The Forest in Full Bloom, appeared in 1944. He established himself as a major author with Confessions of a Mask (1949). From then until his death he continued to publish novels, short stories, and plays each year. His crowning achievement, The Sea of Fertility tetralogy—which contains the novels Spring Snow (1969), Runaway Horses (1969), The Temple of Dawn (1970), and The Decay of the Angel (1971)—is considered one of the definitive works of twentieth-century Japanese fiction. In 1970, at the age of forty-five and the day after completing the last novel in the Fertility series, Mishima committed seppuku (ritual suicide)—a spectacular death that attracted worldwide attention.