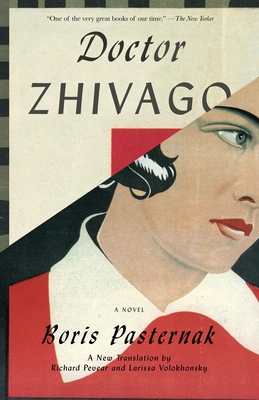 First published in Italy in 1957 amid international controversy, Doctor Zhivago is the story of the life and loves of a poet/physician during the turmoil of the Russian Revolution. Taking his family from Moscow to what he hopes will be shelter in the Ural Mountains, Zhivago finds himself instead embroiled in the battle between the Whites and the Reds. Set against this backdrop of cruelty and strife is Zhivago's love for the tender and beautiful Lara, the very embodiment of the pain and chaos of those cataclysmic times. Pevear and Volokhonsky masterfully restore the spirit of Pasternak's original—his style, rhythms, voicings, and tone—in this beautiful translation of a classic of world literature.

A poet, translator, and novelist, Boris Pasternak was born in Moscow in 1890. In 1958 he was awarded the Nobel Prize in Literature but, facing threats from Soviet authorities, refused the prize. He lived in virtual exile in an artists’ community near Moscow until his death in 1960.

A PARADE BEST BOOK OF ALL TIME

“One of the very great books of our time.” —The New Yorker

“Pevear and Volokhonsky have done a masterly job translating what ought to be considered the definitive English edition of Doctor Zhivago.” —The New Criterion

“A welcome opportunity for anyone who has already read Dr. Zhivago to revisit it and experience a richly rewarding fresh take on an epic tale. For those coming to it for the first time it is a chance to read one of the greatest novels of all times.” —New York Journal of Books

“As well as a gripping story, Doctor Zhivago is a work of meditation and quiet challenge.  Pasternak meant every word of it.  I believe he would be pleased with the powerful fidelity of the translation now before us.” —Angela Livingstone, The Times Literary Supplement (London)