Empire of Blue Water: Captain Morgan's Great Pirate Army, the Epic Battle for the Americas, and the Catastrophe That Ended the Outlaws' Bloody Reign (Paperback) 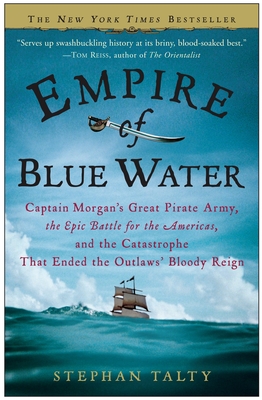 The passion and violence of the age of exploration and empire come to vivid life in this story of the legendary pirate who took on the greatest military power on earth with a ragtag bunch of renegades. Awash with bloody battles, political intrigues, natural disaster, and a cast of characters more compelling, bizarre, and memorable than any found in a Hollywood swashbuckler, Empire of Blue Water brilliantly re-creates the life and times of Henry Morgan and the real pirates of the Caribbean.

STEPHAN TALTY is the author of Mulatto America: At the Crossroads of Black and White Culture, and has contributed to the New York Times Magazine, GQ, Details, and Men’s Journal.