The Caliph and the Imam: The Making of Sunnism and Shiism (Hardcover) 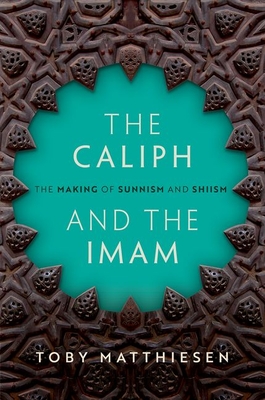 The authoritative account of Islam's schism that for centuries has shaped events in the Middle East and the Islamic world. In 632, soon after the Prophet Muhammad died, a struggle broke out among his followers as to who would succeed him. Most Muslims argued that the leader of Islam should be elected by the community's elite and rule as Caliph. They would later become the Sunnis. Others--who would become known as the Shia--believed that Muhammad had designated his cousin and son-in-law Ali as his successor, and that henceforth Ali's offspring should lead as Imams. This dispute over who should guide Muslims, the Caliph or the Imam, marks the origin of the Sunni-Shii split in Islam. Toby Matthiesen explores this hugely significant division from its origins to the present day. Moving chronologically, his book sheds light on the many ways that it has shaped the Islamic world, outlining how over the centuries Sunnism and Shiism became Islam's two main branches, and how Muslim Empires embraced specific sectarian identities. Focussing on connections between the Indian subcontinent and the Middle East, it reveals how colonial rule and the modern state institutionalised sectarian divisions and at the same time led to pan-Islamic resistance and Sunni and Shii revivalism. It then focuses on the fall-out from the 1979 revolution in Iran and the US-led military intervention in Iraq. As Matthiesen shows, however, though Sunnism and Shiism have had a long and antagonistic history, most Muslims have led lives characterised by confessional ambiguity and peaceful co-existence. Tensions arise when sectarian identity becomes linked to politics. Based on a synthesis of decades of scholarship in numerous languages, The Caliph and the Imam will become the standard text for readers looking for a deeper understanding of contemporary sectarian conflict and its historical roots.

Toby Matthiesen is a Fellow at St. Antony's College, Oxford. He is the author of a number of books, and won prizes from the American Political Science Association and the Washington Institute for Near East Policy. He is a frequent contributor to the New York Review of Books and Foreign Policy, and has published op-eds in the New York Times, the Washington Post and the Guardian. He has been a guest on CNN, BBC, NPR, ABC and al-Jazeera English.