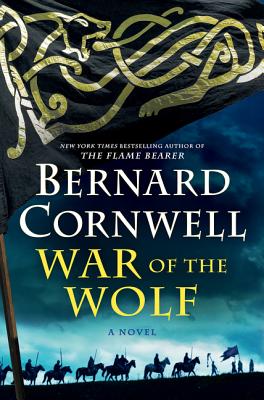 “Once again, Cornwell has placed his irascible and cunning hero in the midst of personal and political conflict and provided another exciting story.   VERDICT For those who enjoy their historical fiction told with verve and imagination.”
— Library Journal

“A series that never seems to run out of blood, gore, and glory.”
— Booklist

“The most prolific and successful historical novelist in the world today.... Mr. Cornwell writes as if he has been to ninth-century Wessex and back.... Much has changed since the ninth century, but some things, and some feelings, are timeless.”
— Wall Street Journal

A page-turning thriller of ancient historical times.... Like the Netflix series “The Last Kingdom,” which is based on this series, the books are definitely binge-worthy.
— The Oklahoman

“Uhtred is back where he belongs, in the shield-wall, and telling the story of fame and heartbreak, blood and tears, sword against sword. Whether you believe it all or not is up to you; the good news is that Cornwell, once again, makes it easy to do so.”
— Curtis Edmonds, Bookreporter