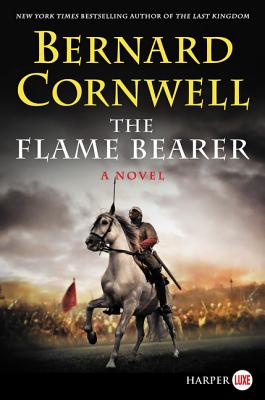 “The final battle is one for the ages, bursting with gory detail and flush with savage death as the wolves of the shield wall smite his enemies.” — Lee Scott, Florida Times-Union

“As with all his previous books Cornwell grabs your attention right off the bat. His masterful style pulls you right in.” — New York Journal of Books

“The battle description might well be Cornwell’s best yet, which is saying something. Fans do not want to miss this episode.” — Bookloons.com

“The most prolific and successful historical novelist in the world today.... Mr. Cornwell writes as if he has been to ninth-century Wessex and back. . . . Much has changed since the ninth century, but some things, and some feelings, are timeless.” — Wall Street Journal