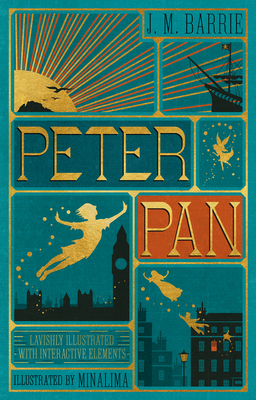 All of my coworkers will tell you that my favorite book is Peter Pan and while working on this post, Marielle asked me why it was my favorite, a question I hadn't really been asked before. There are two main reasons why: when I was little my mom had cancer and I thought if I didn't grow up, she wouldn't get worse and possibly die (she's alive and well today) and when I wanted to have short hair and be a tomboy, I was bullied and I would use the argument that Peter is always played by a tomboyish girl as a way to make myself feel invincible to the bullies. Ultimately while I've come to discover that Peter is a jerk now that I'm one of the dreaded grown ups, Peter Pan and Neverland were always a wonderful place to escape to when I was little.

Both of my grandmothers grew up during World War II, one in Nuremberg, Germany, the other in Philadelphia. Both of them could overwhelmingly relate to the idea of wanting to escape, to run away, from the circumstances of their childhoods. When I became obsessed with Peter Pan as a child, they both indulged me; my Grandma letting me watch the many film adaptations over and over (the Mary Martin Broadway production is my favorite), and Moppy by acting out the story with me whenever I asked. I take great delight these days in telling the story of our basement stage productions, with my best friend, a boy, playing Wendy, and our little sisters playing John and Michael while I was, of course Peter Pan. My parents, uncle, and Moppy alternated the villainous roles of Mr. Darling, Captain Hook, and the crocodile. Pretending to fly like Peter never failed to offer hours of entertainment for elementary school me.

For more than a century, the adventures of Peter Pan—the boy who can fly and never grows up—and Wendy Darling have captured the hearts of generations of readers. In this enchanting illustrated volume, the fantastical world of Neverland and its magical inhabitants, including the Lost Boys, Captain Hook, Tiger Lily, and the beloved Tinker Bell, are brought to life like never before.

Peter Pan is packed with a lush array of colorful illustrations and interactive removable features, including a detailed map of Neverland, a croc o’clock with hands you can rotate to tell time, Peter’s shadow, and more. Beautiful and captivating, filled with breathtaking artwork, this stunning book is sure to become a treasured keepsake for fans of all ages.

J. M. Barrie (1860-1937) was a Scottish playwright and novelist best remembered for creating the character Peter Pan. The mischievous boy first appeared in Barrie's novel The Little White Bird in 1902 and then later in Barrie's most famous work, Peter Pan, or The Boy Who Wouldn't Grow Up, which premiered on stage in 1904 and was later adapted into a novel in 1911. An imaginative tale about a boy who can fly and never ages, the story of Peter Pan continues to delight generations around the world and has become one of the most beloved children's stories of all time. Peter's magical adventures with Tinker Bell, the Darling children, and Captain Hook have been adapted into a variety of films, television shows, and musicals.

MinaLima Design is an award-winning graphic design studio founded by Miraphora Mina and Eduardo Lima, best known for their ten-year involvement in the Harry Potter film franchise where they established the visual graphic style of the film series. From their London studio they have continued telling stories through visuals from designing books and packaging to creating graphic props for films such as Sweeney Todd (2007), The Golden Compass (2007), and The Imitation Game (2014). They also designed the bestselling book Harry Potter Film Wizardry.

“Just like all the genius designs they created for the Potter films...Miraphora Mina and Eduardo Lima have truly outdone themselves in creating a book that is not only gorgeous but also uniquely fun.”
— MuggleNet.com

“Unique and imaginative in their style, MinaLima has created a Peter Pan that will become a beloved attention to any library. Hook a copy now!”
— Examiner.com

“Seriously, the new Peter Pan volume is just a delight. Not only is it a beautifully bound hardcover, but every page looks just stunning.”
— io9

“This lovely hardcover of Peter Pan is designed to look like something from an earlier era, with off-white paper and a limited color palette of mostly orange and green for the illustrations.”
— Geek Dad

“Take a tour through the magical story of JM Barrie’s Peter Pan with gorgeous maps, fairy clap charts, crocodiles, mermaids and fairy dust galore via these stunning illustrations by Miraphora Mina and Eduardo Lima—AKA Minalima—from their beautiful new illustrated version of the classic tale.”
— The Guardian