The Golems of Gotham: A Novel (Paperback) 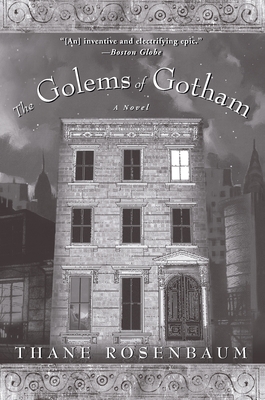 Many years have passed since Oliver Levin -- a bestselling mystery writer and a lifetime sufferer from blocked emotions -- has given any thought to his parents, Holocaust survivors who committed suicide. But now, after years of uninterrupted literary output, Oliver Levin finds himself blocked as a writer, too. Oliver's fourteen-year-old daughter, Ariel, sets out to free her father from his demons by summoning the ghosts of his parents, but, along the way, the ghosts of Primo Levi, Jerzy Kosinski, and Paul Celan, among others, also materialize in this novel of moral philosophy and unforgettable enchantment.