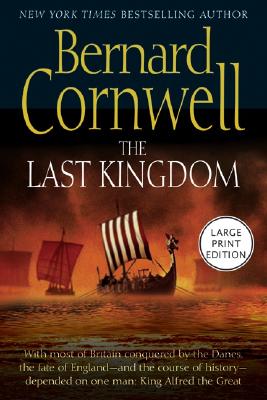 By Bernard Cornwell
Email or call for price.
Out of Print - Please Call for Used Copy Availability

In the middle years of the ninth century, the fierce Danes stormed onto British soil, hungry for spoils and conquest. Kingdom after kingdom fell to the ruthless invaders until but one realm remained.  And suddenly the fate of all England—and the course of history—depended upon one man, one king.

“Historical novels stand or fall on detail, and Mr. Cornwell writes as if he has been to ninth-century Wessex and back.”—WALL STREET JOURNAL